The EU authority pointed out in its study that the protein content is sometimes overestimated. 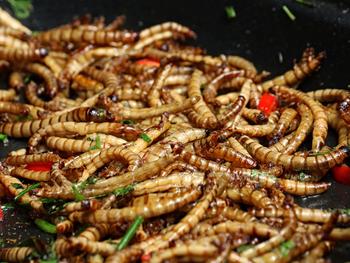 The European Food Safety Authority has given the green light to new products such as grilled flour beetle larvae and pasta containing parts of these insects.

This was announced by the experts of the analytical authority, EFSA for short, in the Italian city of Parma on Wednesday. They presented their first review report on applications for approval of such new foods (novel foods) containing insects for the European Union. In it, the researchers investigated risks associated with the consumption of so-called mealworms (Tenebrio molitor larvae). They came to the conclusion that the products are safe if specified production conditions are observed.

It should be noted that EFSA assessed the beetle larvae for specific commodities such as snacks and pasta, said Wolfgang Gelbmann of EFSA's food division. They could therefore be used both whole and in ground form. For the second case, the authority gave percentages of the whole product, he said. What the animals were fed was also important for the product, it said.

In some EU countries, including Germany and Austria, snacks and pasta with insects have been sold for some time. There are special rules for this. But EU-wide approval is still pending.

For this, the risk assessment of the EFSA is an important step. According to the authority, the EU Commission and the member states must then make a final decision on criteria for distribution.

The process is part of the rules that have applied to novel foods in the EU since 2018. The authority has since received a wave of applications. Fifteen concerned novel foods containing insects, it said. Risk assessments have been opened for 11 of them and, in the case of mealybug larvae, the first review has now been completed, it said.

There are several thousand edible insect species worldwide. The animals are considered nutritious as well as rich in proteins and are part of the common cuisine in many countries. The EU authority pointed out in its study that the protein content is sometimes overestimated.

In addition, food allergies had to be taken into account with insect products./pky/DP/jha (dpa) 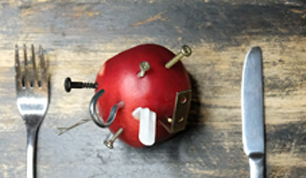