One in twenty new chocolate launches is vegan 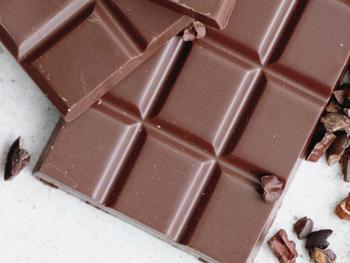 Photo by Tetiana Bykovets on Unsplash

Traditionally a time for filling baskets with chocolate treats, new research from Mintel reveals there have been markedly fewer new choices for chocolate lovers across the globe this Easter, as chocolate innovation slumped 25% over the past 12 months*, according to Mintel Global New Products Database (GNPD).

From bunnies to chicks, Easter chocolate accounted for one in ten (10%) chocolate product launches globally in the last 12 months. Well over a quarter (28%) of all global chocolate launches are seasonal, such as Christmas, Easter, Valentine’s Day, and Halloween*. But it's not just Easter that has witnessed a halt in innovation: over the past 12 months launches of all seasonal chocolate have fallen by 18%, while new product development in the chocolate industry overall has declined by 14%*.

“The pandemic has dramatically slowed chocolate innovation as the usual channels and tactics used to attract new consumers have been shut down. Sampling and gifting through specialist outlets and other brick-and-mortar options, for example, have proved to be a challenge. Many manufacturers have stalled budgets and investments in new product development until economies improve. While innovation has slowed, the internet has proved to be a success story for some producers who have successfully introduced new products and launched extensions of familiar and comforting brands through online sales and social media.

“Coping with holidays has been a real challenge for the chocolate industry. 2020 Easter sales declined as that holiday was the first to be celebrated in lockdown. Key chocolate occasions such as Halloween and Christmas also suffered as manufacturers worked to get confectionery to locked-down consumers.”

One in twenty chocolate launches are vegan

Overall, in the last year*, vegan/no animal ingredients chocolate accounted for just over one in twenty (6%) chocolate launches globally, up from 5% the year prior**.

"Easter eggs have been given a vegan makeover as plant-based eating gains traction across food categories. As the demand for plant-based food across categories grows, chocolate brands are launching new milk chocolate bars that rely on plant - rather than animal - milk. They are also reformulating some of their most popular brands, replacing dairy milk with plant-based milk.”

The increased attention that’s been placed on health and wellness over the last year has put further pressure on sugar reduction efforts. According to Mintel research, low/no sugar and sugar-free chocolate account for only a fraction of new product development. In the last 12 months*, ‘sugar adjusted’*** chocolate was responsible for less than one in twenty (4%) launches globally, up from 3% the previous year**. This comes as just four in ten (41%) British chocolate buyers have tried low sugar chocolate.

“The COVID-19 pandemic has increased attention on overall health, as well as the obesity epidemic that plagues several nations. This has added further pressure on chocolate’s health credentials. Confectionery will never be a conventional ‘health food’ and the path to sugar reduction remains bumpy. The war on sugar will remain a challenging battleground as our research reveals that consumers largely want to keep their usual chocolate products without sugar reduction. Urging consumers to reduce their sugar intake has, for the most part, been met with mixed reactions. While some consumers look to switch away from overly sugary foods, others are reluctant – at least they were until the onset of COVID-19, which has provided a strong impetus to improve eating habits.”