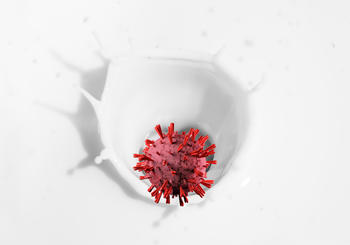 The effects of the Corona pandemic and the strong euro weighed on the business of food manufacturer Danone at the start of the year.  Sales of the company, known in particular for its yogurts, fell by 9.4 percent to just under 5.7 billion euros. As Danone further announced in Paris on Tuesday, the comparable decline, which excludes currency effects, was 3.3 percent. Analysts had expected in a consensus compiled by Danone itself on average revenues of about 5.6 billion euros.

The water division and the specialty nutrition business continued to record significant declines in sales. The water business suffered particularly as restaurant sales declined due to the Corona restrictions. In Specialty Nutrition, distribution channel disruptions related to the pandemic impacted the lucrative baby food business. Only the dairy products business and plant-based alternatives posted gains.