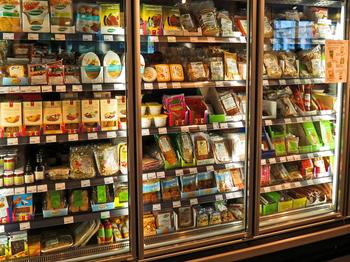 British retail giant Tesco has been fined millions of pounds for selling food whose expiration date had passed. The chain must pay 7.5 million pounds (8.7 million euros), a court in Birmingham ruled. The company had admitted the allegations. The cases involved a total of 22 from three different stores in the central English city in 2015, 2016 and 2017.

Following tips from customers, inspectors had discovered pizza, potato salad and quiche, among other things, some of which had been past their sell-by date for more than two weeks. In one store, grapes had been found that were already showing signs of mold, a Birmingham City Council statement said Monday evening. "This case is a warning to all retailers to ensure their stock is up to date and that we will take action if they are found to be in breach," said Mark Croxford of Birmingham City Council.

Tesco must also pay legal costs of nearly £100,000. The group apologized. "We have taken immediate action to rectify the error and would like to reassure our customers that we have every means in place to ensure this does not happen again," a company spokesman said./bvi/DP/jha (dpa)