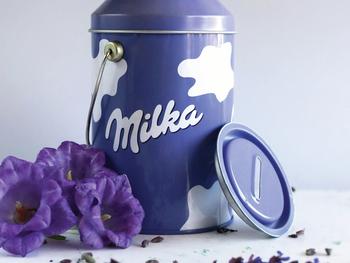 Photo by Olena Sergienko on Unsplash

In the battle for purple supremacy, industry giant Milka has taken on a small snack manufacturer in London. The reason is that the British company Primal Pantry offers sweet bars in packaging that is also purple - but in a softer shade than the typical Milka cow-purple.

"We have the trademark rights in Europe for the characteristic Milka color for food products," a British spokeswoman for Milka's U.S. parent company Mondelez told Deutsche Presse-Agentur when asked. Whenever other companies are found to be using protected brand elements, they are contacted.

According to reports, there was even a legal dispute at times. "But the current situation is that Mondelez is actually negotiating with us now," said a representative of chocolate maker Primal Pantry. "We disagree on whether the color is the same." But he said the company could not afford to get into an expensive legal battle against the corporation. "I can't say we have an agreement yet, but at least we have a dialogue," they said./swe/DP/he (dpa)