Heineken To Buy Control Of Distell And Namibia Breweries 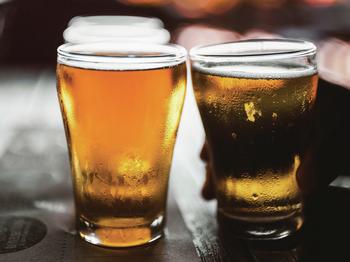 Photo by Thais Do Rio on Unsplash

Heineken N.V. (HKHHF.PK) said Monday that it plans to acquire control of Distell Group Holdings Limited and Namibia Breweries Limited or NBL, which will be combined with HEINEKEN South Africa into a new HEINEKEN majority owned business with a total valuation of about 4 billion euros.

Distell is Africa's leading producer and marketer of ciders, flavoured alcoholic beverages, wines and spirits, and NBL is the beer market leader in Namibia.

The Transaction will involve a recommended offer by HEINEKEN for Distell, which values the businesses to be acquired at about 2.2 billion euros.

The Transaction will also involve proposed acquisition from NBL of its 25% shareholding in HEINEKEN South Africa or 'HSA', which values the whole of HSA at about 1.5 billion euros.

Heineken will buy Ohlthaver & List Group of Companies or O&L's 50.01% interest in NBL Investment Holdings (Proprietary) Limited ('NBLIH'), the controlling shareholder with a 59.4% shareholding in NBL.

At completion, Heineken will contribute these acquired assets plus its 75% directly owned shareholding in HSA and certain other fully owned export operations in Africa, into an unlisted public holding company or Newco.

HEINEKEN will own a minimum of 65% of Newco, with the remainder held by Distell shareholders who elect to reinvest.

The transaction is expected to complete in the course of 2022. (dpa)