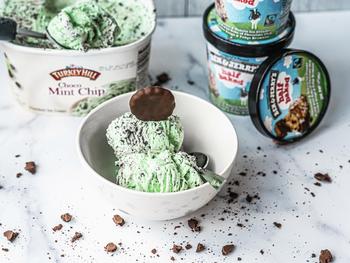 Consumer goods group Unilever is cutting around 1,500 management jobs as part of an organizational realignment. The job cuts correspond to around one percent of the total workforce of most recently around 150,000 worldwide. As the company announced on Tuesday, in the future there will be five business units more strongly focused on product categories, which will then also be fully responsible for their strategy and their own profit development.

Among other things, Unilever will in future run its ice cream business with brands such as Magnum and Ben & Jerry's as a separate business segment.

The leadership of the divisions will also be changed on April 1. Sunny Jain, who has been in charge of the cosmetics division since 2019, is leaving the company, it said. The segment, which grew the slowest last year, will now be split into two separate divisions for cosmetics and beauty care.

According to the information, the restructuring will eliminate about 15 percent of the jobs in upper management (senior management), and 5 percent among junior managers. The production workforce is not expected to be affected by the cuts.

With his reorganization, the Group's CEO Alan Jope, who has been in office for three years, is probably also responding to increasing pressure from investors, as the Group is lagging behind its competitors on the stock market. The failed takeover attempt of the consumer goods division of GlaxoSmithKline also drew criticism.