Putin complains of obstruction of Russian fertilizer and food exports 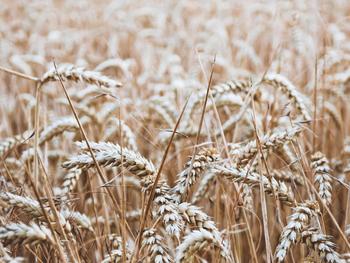 The Kremlin has once again blamed Western countries for rising global food prices, pointing to problems with fertilizer and food exports. Formally, the West has not imposed trade restrictions on Russian fertilizer and food, "but the owners of companies producing fertilizer and even their family members have come under the sanctions," Russian President Vladimir Putin complained at a meeting with his Indonesian counterpart Joko Widodo in Moscow on Thursday, according to the Interfax agency.

In addition, he said, the U.S. and EU have imposed sanctions on Russian ports and created difficulties for insuring cargo ships. All of this "creates certain problems in the markets for food and fertilizer," Putin stressed. He also accused the U.S. of increasing food imports and hoarding, fueling the crisis. "Developing countries are in the worst position in this sense," he said. He said he hoped Widodo would raise the issue at the G20 summit in Indonesia in November.

At the same time, Putin again put into perspective the importance of Ukrainian grain supplies to the world market. These accounted for only a fraction of global exports. Ukraine and Western countries accuse Russia of blocking Ukrainian ports. The Kremlin leader also denied this.

At the planned G20 summit in Bali, the issue of food safety is likely to play an important role in addition to the Ukraine war.

Russia is part of the G20 and has confirmed its intention to attend the summit. However, it is still unclear whether Putin will be on site or only online. Widodo had also invited Ukrainian President Volodymyr Selenskyj.

Indonesia's president, who had met Selenskyj before his Kremlin visit to Kiev, brought a message from the Ukrainian leader to Putin. It is very important to restart the dialogue between Russia and Ukraine in order to reach a peaceful solution, Widodo said - and he is ready to mediate. No reaction from Putin to the mediation offer was initially made public. Kremlin spokesman Dmitry Peskov merely stated that he did not yet know the content of the Selensky message conveyed by Widodo./bal/DP/stw (dpa)