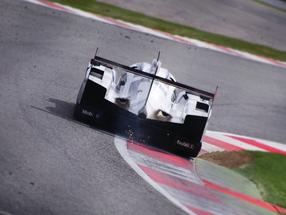 Photo by Philip Veater on Unsplash

Hungry for more success, Lewis Hamilton added a twist to offseason preparations before launching his quest for a sixth Formula One world championship.

He binged on snack food. Less for the taste of it, more for the effect it would bring.

Eating a belly-full first and then doing extra hard workouts to turn that needless excess fat into muscle meant Hamilton returned to the track looking bigger than ever.

He wasn't the only F1 driver to relax the diets and beef up the body after a rule change took away an advantage for being lighter.

"Over the winter and in the break, I could eat whatever I wanted, so pancakes and Cheetos, all that stuff. But I stayed very active," Hamilton said during preseason testing at the Barcelona-Catalunya Circuit. "For the last month or so I have been pretty clean. My body fat is going down and you target more efficient defined muscle. I am not trying to be the Hulk . It takes time to put on muscle in the right way, but it has been great to eat bigger portions."
Heavier drivers had complained about the previous F1 regulations, which counted the driver's weight against the car.

The regulations for 2019 say that a driver's weight will be considered separately from the car. The driver and the car seat now must weigh a minimum of 80 kilograms (176 pounds). It means teams are obligated to add ballast inside the cockpit if the driver is too light.

The 34-year-old Hamilton, who is listed by the Mercedes website as weighing 150 pounds, said that he had added more than four pounds of muscle through various training regimes.

"I feel stronger than I've been in a long time," said Hamilton, who switched to a vegan diet two years ago. "I worked with different people a few days on and a few days off just to pick up new technique. I worked with a vegan trainer, who has been vegan his whole life and (is) a very ripped individual, and a couple of athletes."

Mercedes didn't reveal the details of Hamilton's training program but team principal Toto Wolff said the star driver is "stronger than before and in a super mental state; the best I have seen so far."

Other drivers have also piled on the pounds.

"I may have overdone it!" Frenchman Romain Grosjean said. "I've put quite a fair bit of muscle on. I just need to sweat off a little bit for the first race but we're going to be all right."

More muscle helps drivers handle the physical demands of racing, such as dealing with the G-force pressing on them when they steer their one-seaters through hairpin curves at hair-raising speeds.

Hamilton's teammate Valtteri Bottas spent time training in the frozen north of his native Finland, where he mixed cross-country skiing and other outdoor activities with in-the-gym workouts. They even included neck-strengthening exercises where he would do sit ups sideways while wearing a racing helmet.

Bottas applauded the rule change, saying it also improves the overall health of race drivers.
"I think the regulation is good, especially for the taller drivers it makes life a bit easier," Bottas said. "Many drivers had to be below our natural weight and it is very easy to get ill or sick. This is the first winter for many years that I didn't get any flu or any sickness."

The other rule changes include revamped designs for front and rear wings to favor overtaking, and the introduction of new helmets and gloves. Fuel limits have been increased to reduce the need for drivers to cautiously manage their tanks.

The new season starts Sunday at the Australian Grand Prix in Melbourne. (dpa)