Heritage of the "Pasta Wheat" mapped 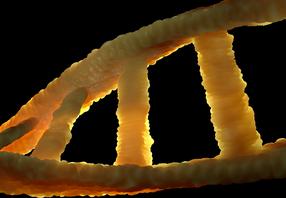 An international consortium has published the complete genome sequence of durum wheat in Nature Genetics. Her work not only provides insights into the development of this cereal into today's crop, but also shows ways to optimize the plant through targeted breeding. Researchers from Helmholtz Zentrum München, the Leibniz Institute for Plant Genetics and Crop Plant Research (IPK) Gatersleben and Italian and Canadian institutions played a leading role in the project.

People have been cultivating durum wheat (Triticum durum) for thousands of years. Besides soft wheat (Triticum aestivum), it is the economically most important species. Not only bulgur or couscous are made from durum wheat, but also Italian pasta such as pasta. Modern varieties of the cereal are derived from Wild Emmer (Triticum dicoccoides) by domestication and selection. While the human genome contains around 20,000 genes, researchers found 66,559 genes, or three times as many, in durum wheat. 80 percent of the genome sequence consists of repeating elements, so-called repeats.

"Our analysis of the 'Svevo' variety shows how the genome has changed through breeding," says Prof. Dr. Klaus Mayer. He is head of the Department of Genomics and Systems Biology of Plant Genomes (PGSB) at Helmholtz Zentrum München. "Comparisons with the genome of Wilde Emmers**, published in 2017, show where there are differences." The team found several, partly overlapping regions that had changed through human activity. These areas are distributed over the entire genome.

However, the scientists found out that undesired properties were also selected by breeding: If the soil contains cadmium, the heavy metal accumulates in modern durum wheat, but not in wild emmer. "This is due to a gene called TdHMA3-B1, which - in contrast to Emmer - has lost its function in durum wheat," explains Dr. Manuel Spannagl, group leader in the Department of Genomics and Systems Biology of Plant Genomes at Helmholtz Zentrum München. TdHMA3-B1 encodes a protein that acts as a metal transporter. It eliminates cadmium from emmer, but not from durum wheat. "This shows the contribution that genome research makes to modern crop breeding," said Spannagl. Possible goals are to reduce cadmium pollution through targeted breeding, but also to generate varieties with higher heat and drought resistance.