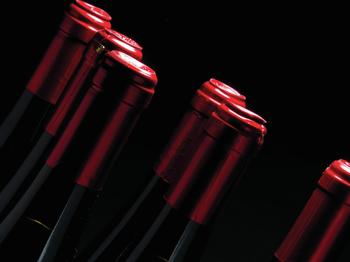 Russia, the vodka superpower, is entering the international wine market with ambitious plans. Red and white drops from the warm south of the giant empire from the regions of the Volga and the Black Sea are to conquer a place on the world wine map. Winegrowers - with the help of experts from Italy and France - are specializing in first-class wines. The vineyard area is growing. A new law establishes Russian wine as a brand for the first time. The first drops, mainly from the Krasnodar region, win international prizes. And they are now also penetrating the German market.

"We have everything we need to make wine our most important export commodity," says Russia's model patriot Dmitri Kiselyov. The 66-year-old is not only an important man in the state media and the Kremlin's top propagandist, but now also head of the Wine Growers' Association. In his documentary film entitled "It's enough to poison the people", Kiselyov tells how Russia wants to get rid of its image of widespread wine adulteration, which was shaped in Soviet times, and also takes action against cheap imports.

A new wine law, which came into force this summer, stipulates that Russian wine may only be made from local grapes. The use of imported grape must will be prohibited in future. Many Russian winegrowers speak of a "revolution". Kiselyov, who himself produces expensive sparkling wine called "Cock t'est belle" on the Ukrainian Black Sea peninsula Crimea, which will be incorporated by Russia in 2014, wants to continue the tradition of Lev Golizyn (1845-1915). The prince once brought Western wine and sparkling wine culture to Russia.

For 100 years, nothing happened in Russia in terms of viticulture, says Kiselyov. And yet, as in the other former Soviet republics such as Georgia and Moldova, the winegrowing tradition goes back hundreds of years. Most recently, large areas of vineyards were destroyed by the anti-alcohol campaign 30 years ago under the former Soviet head of state Mikhail Gorbachev.

"Under Gorbachev it was suicide," Kiselyov complains in his film. He now sees the new law as a turning point, a departure into the age of Russian quality wines. Kiselyow's documentary also features the British wine critic Oz Clarke, who attests Russia's potential and refers to the example of New Zealand, which once started from nothing.

But there is also criticism of the law. Many winegrowers do not know how to produce the huge quantities of wine from the grapes harvested in Russia. Last year, wine production was around 30 million hectolitres. Not even a third comes from own cultivation. Russia is still harvesting less wine from its own vineyards than Germany.

"We are convinced that the law will lead to better wines in the future," says the president of the Abrau-Durso group, Pavel Titov, to the German Press Agency. The company already exports wines and sparkling wine to 22 countries, including Germany, Great Britain, Japan and China. In 2019, exports will have risen by 50 percent compared to the previous year - an increase to more than one million bottles. Abrau-Durso has also long been active in wine tourism and hopes to attract guests from abroad.

Fanagoria is one of the best known brands in Russia. The company has already won gold and silver medals at the Mundus Vini competition in Berlin for its wines made from the Saperawi, Chardonnay, Sauvignon and Cabernet grape varieties. "This is the first international recognition," says General Director Pjotr Romanischin. Fanagoria praises the new wine law, which is based on those of other countries. It lays down rules for production, improves quality control and protects geographical designations.

"Russia conveys history and emotions, which is why we see a market for it in Germany," says Roman Kowalew from the retail company Dovgan. The company specialises in goods from Eastern Europe - and in addition to Fanagoria wines, it also offers the expensive and Kremlin-appreciated wines from the Diwnomorskoye winery. "Many are surprised at the tastings. The quality is well received," says Kovalev. Supermarket chains sell Fanagoria, and in Hamburg a bar successfully serves Fanagoria.

"The interest in the new is there," says Kovalev. "But overall it's a long way to successfully place such a product." Even experts in Russia assume that it will take years before the country finds its place on the world wine map. Russia's national drink, vodka, on the other hand, has an easier time defending its leading position against foreign competition. However, beer (2019: 676.5 million hectolitres) remains the number one alcoholic beverage in Russia by a wide margin, followed by vodka (80 million hectolitres) - and wine in third place./mau/DP/jha (dpa)