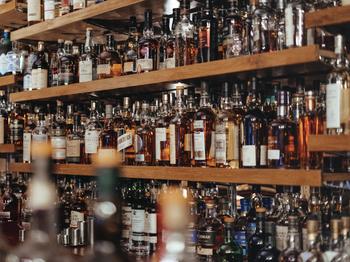 Photo by Adam Wilson on Unsplash

The schnapps and beer company Diageo has felt the effects of the Corona crisis in terms of sales and profits. Turnover fell by almost 9 per cent to 11.8 billion pounds (13.1 billion euros) in the past financial year (to the end of June), the company announced in London on Tuesday. Growth in North America was more than offset by declines in the other regions. Diageo thus performed even weaker than previously forecast. Diageo's product range includes brands such as Johnnie Walker whisky, Smirnoff vodka and Tanqueray gin, but also the Guinness beer brand.

Before exceptional items, operating profit fell by 15 per cent to £3.5 billion. Because the Group wrote down around £1.3 billion on its business in India, Nigeria, Ethiopia and Korea, partly because of the pandemic, profit fell by 55 per cent to £1.4 billion. With the interim dividend for the second half of the year at the previous year's level, the full-year dividend will increase by 2 per cent to 69.88 pence. (dpa)