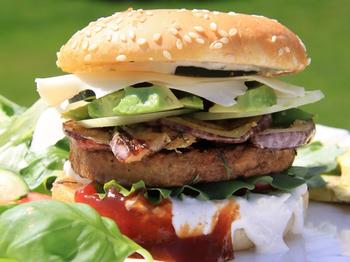 Alternative meat company Beyond Meat, Inc. is set to begin production of plant-based meat products for the Chinese market through a wholly-owned subsidiary in China. The trial production is expected to commence within a few months, with full scale production expected in early 2021.

An agreement to implement this was inked with the Jiaxing Economic & Technological Development Zone (JXEDZ) to design and develop manufacturing facilities in the JXEDZ.

JXEDZ is a historic and commercially important development zone in a strategic location near Shanghai, which is the country's biggest city and a global financial hub. It also has an excellent record in supporting the food industry.

"China is one of the world's largest markets for animal-based meat products, and potentially for plant-based meat," said Ethan Brown, CEO and founder of Beyond Meat.

The new manufacturing facilities in China will include a state-of-the-art production facility to manufacture plant-based meat products including beef, pork and chicken under the Beyond Meat brand in China.

U.S.-based Beyond Meat will be the first multinational company focused solely on plant-based meat production to bring its own major production facility into China, which is expected to be one of the most important markets in the world for Beyond Meat.

Beyond Meat said it will partner with the JXEDZ to develop two production facilities, including one claimed to be among the world's largest and technologically advanced plant-based meat factories.

In July, Beyond Meat struck a deal with Chinese e-commerce giant Alibaba Group Holding to launch its plant-based burgers in supermarkets and grocery stores across mainland China.

Beyond Meat also entered into a new partnership in June with Yum China, the local owner of KFC, Pizza Hut and Taco Bell, which together and some other brands have about restaurants across most cities in China. It began testing Beyond Meats products in mainland China, which could lead to a massive roll out of the products later on.

Beyond Meat's first entry into the Chinese market was facilitated through a partnership with Seattle-based coffee giant Starbucks in April to launch its plant-based platform in China, including a new food and beverage menu.

According to Beyond Meat, they have also signed a new deal with a local food distributor Sinodis, which will enable them to be a supplier to restaurants and caterers across China.

Beyond Meat makes plant-based burgers, beef, sausage, crumbles, and more. The products offer greater or equal protein levels than their animal counterparts, no cholesterol, less saturated fat, and no antibiotics or hormones.

The strong demand for vegan options has prompted restaurants and fast-food chains to offer menu items that contain products from food companies such as Beyond Meat and its rival Impossible Foods, which develop plant-based substitutes for meat products.