The True Costs of Food 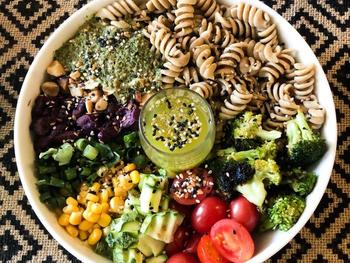 What does food really cost? This question has been approached by researchers from the University of Greifswald and the University of Augsburg in a joint practice project with the PENNY Markt GmbH. Answers were gained by calculating the ecological follow-up costs of various kinds of food. The project aims to demonstrate the large difference between the price of food and its real value. Animal products perform particularly badly in the calculations.

The calculations gave prices to the following factors in the organic and conventional production of food: emissions of greenhouse gases, reactive nitrogen emissions, energy consumption and change of land use. This results in a calculation of the true costs of the various kinds of food, which not only covers the production costs, but also the ecological and social follow-up costs which arise during agricultural production. Currently, these costs are paid for indirectly by the whole of society - for example in high water bills due to the raised levels of nitrates in ground water - but not by the party that is responsible for the damage. This results in a contortion of the market that tempts consumers to buy very cheap, non-sustainable food. An internalisation of the follow-up costs caused by the producers would thus result in the correction of the market prices and the buying behaviour would adjust in accordance with sustainability.
The investigations show some very large differences in price between the current market prices and the true costs, above all when it comes to foods of animal origin. According to the calculations, conventionally produced mixed minced meat would have to be about three times more expensive if it had to come up for the greenhouse gas emissions, changes of land use, nitrogen oxides and energy costs ensued during production. On the contrary, organic plant-based foods already have relatively sensible prices: the required markup lies between 4% (apples) and 9% (bananas).

The high costs of food of animal origin are mainly caused by the resource-intensive breeding and feeding of the animals. For example, no emissions are caused by the animals’ digestion and no energy is needed to heat or ventilate animal barns in the production of plant-based foods.
The difference between the conventional and organic markups is mainly down to the more ecological production practices in organic agriculture: for example, synthetic nitrogen fertilisers, or imported animal foods are not permitted or only subject to strict regulations, which has a positive effect on the ecological balance of these products.
The researchers have been given the opportunity to discuss the project’s methodology and results, e.g. at an expert workshop on ‘true cost accounting’ at the Embassy of the Kingdom of the Netherlands. They hope that the practice project with PENNY and further investigations will advance the discourse in society and that they will also be able to discuss possible measures for internalising ecological follow-up costs with political leaders.