Scaling up business in Australia with the addition of five beer and cider brands. 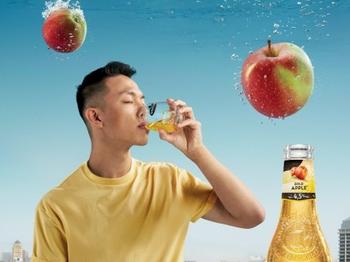 We are acquiring cider brand Strongbow from Asahi Group Holdings Limited (Asahi) in Australia, along with two other cider brands, Little Green and Bonamy’s. We will also gain the perpetual licenses on beer brands Stella Artois and Beck’s in Australia. The acquisition is subject to regulatory approval and comes after a successful bid for these brands when Asahi put them up for sale as a condition from the Australian Competition and Consumer Commission (ACCC) for their acquisition of Carlton & United Breweries (CUB).

Asahi has provided a court-enforceable undertaking to the ACCC to divest the five brands. The undertaking also requires Asahi to ensure the divested brands receive the same access to bars, pubs and clubs as well as off-premise space under tap-tying agreements as Asahi’s brands until June 2023.[1]

Today, Strongbow is our leading cider brand globally, sold in more than 40 countries. The acquisition of the Strongbow brand in Australia marks a milestone as it reunites with the global Strongbow portfolio after 17 years.

"We are thrilled to bring the Strongbow brand in Australia home to HEINEKEN and scale up our beer and cider portfolio in one of the world’s leading beer and cider markets. This acquisition shows that HEINEKEN remains active in pursuing growth where we see opportunities that align with our long-term strategy." Jacco van der Linden, President of HEINEKEN APAC

The five brands being acquired will be distributed in Australia by Drinkworks, a wholly owned subsidiary of HEINEKEN. This will strengthen Drinkworks’ existing premium beer and cider portfolio in Australia which includes Tiger, Sol, Monteith’s beer and cider and Orchard Thieves cider. Financial terms are not disclosed.