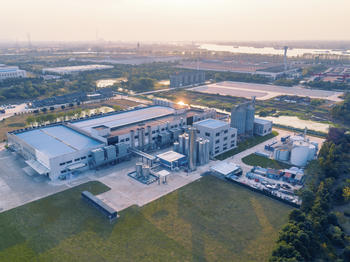 Oatly Group AB (Nasdaq: OTLY) (“Oatly” or the “Company”), the world’s original and largest oat drink company, today announced the opening of its first production facility in Ma’anshan, China, just a few months after opening its first Asian factory in Singapore in July. The new production facility is part of a wider initiative by Oatly to build factories fit for the future, with efficient use of resources and minimal negative impact on the planet. The facility is one of six facilities around the world, as Oatly expands to further its mission of growing the plant-based movement and shifting the food system toward one that’s built for planetary and human health. Oatly has previously established a new Chinese character for “plant-based milk”, creating a new category for the grocery aisle, increasing demand, and converting more milk drinkers to oat drink.

Toni Petersson, Oatly’s CEO, commented, “Oatly has grown to be the leader of the plant-based milk category in China and around the world, enabling people to switch from cow’s dairy to oat drink. To meet the demand and to be a leader in the shift to a more plant-based future, Oatly expects to continue to grow and expand our production capacity with factories closer to our consumers. The Chinese market is an important part of Oatly’s global expansion, and the Chinese people play a big part in shifting towards a more sustainable and mainstream plant-based consumption. We are confident in the continued growth of the Chinese market and that the new Chinese factory will accelerate our mission to drive a societal shift towards a plant-based food system for the benefit of people and the planet.”

“Following the debut of our first factory in Asia in Singapore this July, the opening of the first factory in China provides more capacity for Oatly in Asia, supporting the global expansion and meeting the increasing market demand. With the opening of this new factory, we are extending the world-class oat drink production process from Sweden to China, making plant-based diets accessible to more people to address the climate challenges that mankind face. It sets a good example for the entire food industry in terms of innovation and sustainable development,” said David Zhang, Asia President of Oatly.

Oatly’s Ma'anshan production facility is in the Anhui Province in China and has the potential to produce an estimated 150 million liters of oat-based products annually at full capacity.