Understanding the texture of food with microscopy and mechanics 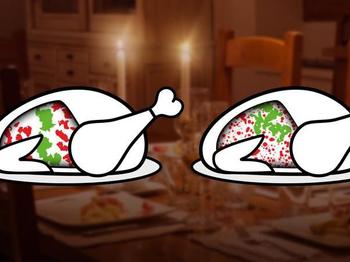 Many delicacies are based on animal products. Artisan products – i.e. those with natural and identical ingredients - often have a different mouthfeel. This is among others also a big challenge in the production of alternative, vegan products. A team led by Thomas Vilgis, group leader at the Max Planck Institute for Polymer Research, together with Mathias Clausen from the Syddansk Universitet (Denmark), has now studied the microscopic structure of foie gras with that of non-stuffed, artisanal foie gras and found strong differences. The research can also contribute to making the texture of plant-based products more similar to that of familiar animal products.

Foie gras has been valued as a delicacy in some cultures for more than 4,000 years. The texture - i.e. the feeling that the liver produces in the mouth - cannot yet be imitated. A team led by Thomas Vilgis, group leader at the Max Planck Institute for Polymer Research in Kurt Kremer's research group, has now tackled this issue in a collaboration with Mathias Clausen from the Syddansk Universitet in Denmark and attempted to uncover the secrets of liver pâté.

For this purpose, the team compared real French pâté with artisanal pâté. For the artisanal production, normal liver from a duck was added with fat using a cutter - a kind of professional mixer. In an initial experiment, both types of liver were mechanically characterized.

"We realized that it was not possible for us to recreate the texture of real foie gras in the lab: Real liver is harder, somewhat more elastic and at the same time also more brittle than that produced by mixing the ingredients," Vilgis said. The scientists were also able to quantify this by examining the two liver types rheologically - that is, by determining their response to mechanical forces as they are applied, for example, during chewing.

The researchers attribute this to the fact that the fat droplets incorporated with the help of the cutter interact and aggregate much less with each other than is the case with the grown liver. As a result, there is not such a strong network between the fat particles, which gives the real liver paté its texture.

To make this observation, the scientists used a microscopy method in another experiment that uses a laser to enable direct imaging of the fat droplet distribution. Here, so-called "CARS microscopy" (CARS, coherent anti-stokes Raman Scattering) allows the reflected light of different materials to be analyzed spectrally - fat shows a different signature than the rest of the material present in the liver.

"We hope that in the future we can contribute - also with regard to animal welfare - to learn from these methods and also produce vegetarian and vegan products in a qualitatively comparable way. This research will also allow us to look at the mouthfeel and spreadability of vegan analogs in a new light and improve them," says Vilgis.

Liver pate has long been criticized and is now banned in many countries, with more and more countries joining in.

The scientists have now published the results of their investigations in the journal Physics of Fluids.