Beyond cows: 3 strategies for milk from other animals to compete with cow and plant based diary 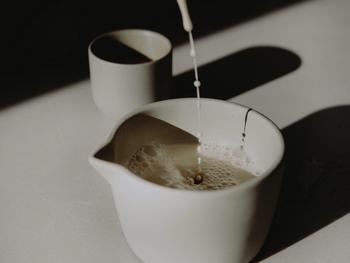 Photo by Mathilde Langevin on Unsplash

While vegan milk, such as oat or soya, dominate the headlines – there are opportunities for non-cow’s milk to compete with traditional dairy products from cows and plant-based milks. Here, we explore three strategies for milk from animals other than cows to appeal to a wider range of consumers.

Taste matters! Over a fifth of French consumers aged 16-44 prefer the taste of dairy alternatives to the dairy equivalent. Brands selling milks from animals other than cows have an opportunity to attract more mainstream and younger consumers. Non-cow’s milk brands can convince consumers of better taste, as well as texture than plant-based milks. Education will help sell the taste of non-cow’s milk, especially its unique flavours.

For example, only 10% of dairy launches with other animal milks than cow’s (especially goat milk) make an explicit reference to their creamy/smooth texture.

2. Move from digestibility to other digestive claims

CPF Pasteurised Goat Milk is high in calcium and phosphorus, is said to support strong bones and teeth, and contains: vitamin B1 to help maintain the nervous system; and vitamin B2 to help convert carbohydrate (Thailand).

3. Use sustainability as a differentiator

There is an opportunity for non-cow’s milks to communicate more extensively on their environmental footprint. In fact, goat farming requires less water and land than cattle farming, and produces less manure, presenting a lower threat to water sources. A small share of non-cow’s milk launches make an environmental claim – compared with plant-based and cow’s milk. Brands should use better environmental credentials to differentiate their products.

Tradi Bergere Organic Ewe’s Milk Yogurt with Honey is made artisanally in the Grands Causses, with fresh milk from the Aveyron and Lozère. The organic product uses packaging from sustainably managed forests and vegetable ink (France).

As climate change strains ecosystems, the foods of the future – including dairy products – will need to be able to tolerate a range of temperatures, as well soil conditions and other environmental factors.

In this context, milk brands will need to future-proof their products by prioritising the most efficient animal farming based on a given local ecosystem.

Interest in camel milk, for example, is increasing as camels are seen as extremely resilient in harsh climate conditions and have a much superior feeding efficiency than cows while their milk is sought after for its medicinal properties.