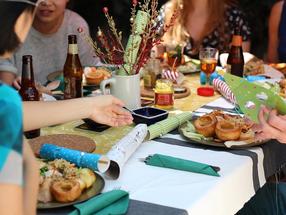 Maintaining a healthy body weight is no simple matter. A better understanding of how the body regulates appetite could help tip the scale toward the healthy side. Contributing toward this goal, a team led by researchers at Baylor College of Medicine and the University of Cambridge reports in the journal Nature Communications that the gene SRC-1 affects body weight control by regulating the function of neurons in the hypothalamus – the appetite center of the brain.

Mice lacking the SRC-1 gene eat more and become obese. SRC-1 also seems to be involved in regulating human body weight. The researchers identified in severely obese children 15 rare SRC-1 genetic variants that disrupt its function. When mice were genetically engineered to express one of these variants, the animals ate more and gained weight.

“The protein called steroid receptor coactivator-1 (SRC-1) is known to participate in the regulation of body weight, but its precise role is not clear,” said co-corresponding author Dr. Yong Xu, associate professor of pediatrics and of molecular and cellular biology and a researcher at the USDA/ARS Children's Nutrition Research Center at Baylor College of Medicine and Texas Children’s Hospital. “Here we explored the role of SRC-1 in the hypothalamus, a brain area that regulates appetite.”

The researchers discovered that SRC-1 is highly expressed in the hypothalamus of mice, specifically in neurons that express the Pomc gene. Pomc neurons are known to regulate appetite and body weight.

Further experiments showed that SRC-1 is involved in regulating the expression of Pomc gene in these cells. When Xu and his colleagues deleted the SRC-1 gene in Pomc neurons, the cells expressed less Pomc and the mice ate more and became obese.

The researchers also explored whether SRC-1 also would play a role in regulating human body weight.

“We had identified a group of severely obese children carrying rare genetic variants in the SRC-1 gene,” said co-corresponding author Dr. I. Sadaf Farooqi, professor of metabolism and medicine in the Department of Clinical Biochemistry at the University of Cambridge and Wellcome Trust Principal Research Fellow.

Working together, Xu, Sadaf Farooqi and their colleagues found that many of the SRC-1 variants in the obese children produced dysfunctional proteins that disrupted the normal function of SRC-1. On the other hand, SRC-1 variants in healthy individuals did not disrupt SRC-1 function.

Furthermore, mice genetically engineered to express one of the human SRC-1 genetic variants found in obese children ate more and gained weight. This is the first report of SRC-1 playing a role in the hypothalamus in the context of body weight control.

“By providing evidence that bridges basic and genetic animal studies and human genetic data, we have made the case that SRC-1 is an important regulator of body weight,” Xu said.