Sustainability is the future of the Japanese chocolate market

The time for action is now 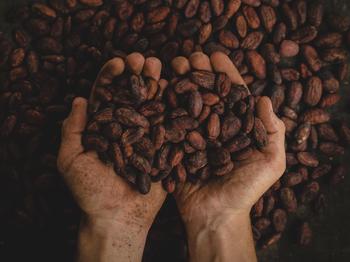 Ending the Reign of 3 Common Myths in Japan

Food sustainability in Japan can be said to be in its early adoption phase in comparison to other developed markets around the world. At the heart of that are three unspoken myths - “It will not make a difference”, “Japanese consumers do not care” and “It will negatively impact our bottom line”. However, the tides are beginning to change. Japanese consumers are awakening to the issues presented in food supply chains and are learning to mindfully connect their consumption behaviours with their desire to safeguard the planet and its people.

It is time to lead the way for sustainability in Japan

This climate presents a great opportunity for industry players to pave the way forward. Which is why we wish to cut through the noise to tell you about how Barry Callebaut is partnering with the highly popular Tokyo-based Yuraku Confectionery to drive sustainability in Japan. Together, we are calling on all chocolate manufacturers and chocolatiers in Tokyo to push sustainability forward in the industry.

You might know by now that we launched Forever Chocolate in 2016 - a bold plan to make sustainable chocolate the norm by 2025. From the start, we have persistently championed for a sustainability movement with all the industry players within the chocolate value chain. One of the expressions that can be seen in our efforts to inspire our customers to come alongside us. They can make direct contributions to our sustainability targets by participating in the Cocoa Horizons program, an impact driven non-profit organization with a mission to improve the livelihoods of cocoa farmers and their communities.

In tandem, consumer awareness in Japan on existing sustainability issues has also ascended to unprecedented levels. Until two years ago, little attention was given to sustainability. However, that has since changed significantly when the Japanese government decided to embrace the United Nation’s 2030 Sustainable Development Goals ahead of the 2020 Summer Olympics.

In a 2019 consumer insights research1 by Barry Callebaut, 72% of Japanese consumers consider sustainability as an important factor when purchasing food and drinks.

The research also shows that more than 70% of Japanese consumers link sustainable chocolate to a sense of feeling good, better quality, trustworthiness and alignment with their personal values.

This alignment can be found through the Japanese expression “mottainai” which means “too good to waste”, and is a belief deeply ingrained in Japanese culture that conveys love and respect for nature.

Pascale Meulemeester, Managing Director for Barry Callebaut in Japan, said, "The time for action is now. The new Japanese consumers do not just want chocolate that is tasty and good for them, but also good for the planet and its people. This presents a great opportunity for chocolate manufacturers and artisans to unite behind a common ambition to make sustainable chocolate the norm. We are now working with several companies to develop sustainable products for Japan and we're looking forward to the announcement in the near future."

One of Japan’s trailblazers for sustainability is Yuraku Confectionery, who just announced (17 March 2020) their transition to 100% sustainable chocolate in all their highly popular Black Thunder chocolate bars by 2025.

Yuraku Confectionery is just one of many more Japanese manufacturers who are taking strides to mend the gap between mature consumer markets and origin countries. One of the ways they are embarking on this journey is in visiting Ghana, the world’s second largest cocoa producer, to experience and study the prevalent structural issues of cocoa farming in person.

The successful partnership between Yuraku Confectionery and Barry Callebaut shows how to make a difference on a large scale, and they are calling on other companies in the industry to join this movement.

Tatsunobu Kawai, President of Yuraku Confectionery said: "Sustainability positions us well, not just today, but for the future. We understand that it is what consumers are asking for and we are happy to partner with Barry Callebaut and its Cocoa Horizons program to lead the way until it becomes the norm in the market."

Barry Callebaut’s artisan customers such as Chocolate Design have long paved the way using chocolate made from 100% sustainable cocoa through the company’s Gourmet product offerings under the well-known European brands Callebaut® and Cacao Barry® and, coming soon, Van Houten Professional. The Belgian Callebaut® brand, which pioneered 100% sustainable cocoa since 2012, will now take its next step and ensure farmer group traceability in all its chocolate products.