The veggie burger gets to keep its name 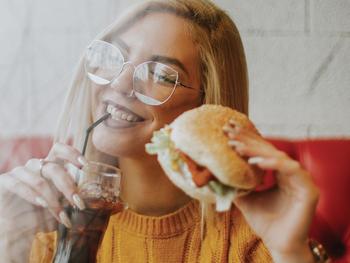 Photo by Angelos Michalopoulos on Unsplash

It was about the veggie sausage: According to the will of the European Parliament, vegetable meat substitutes should continue to be allowed to bear designations such as "steak", "burger" or other animal-like names. The EU Parliament rejected a corresponding bill on Friday. A compromise draft, which proposed a clearer labelling of substitute products with the remark "without meat", also failed.

The vote on the bill was part of a report on the European Union's Common Agricultural Reform (CAP), on which Parliament is voting this week. The MEPs' vote will determine the position of the EU Parliament, which will then enter into negotiations with the EU Council and Commission. The Council and Commission had not yet made any proposals on the subject.

While the herbal pellet of the tofu sausage will remain untouched, the EU Parliament's decision will lead to changes for other products: The bill for stricter rules on dairy alternatives received a majority of 386 votes to 290.

Designations such as "almond milk" are already banned in the EU. The European Court of Justice ruled in 2017 that only products derived from the "normal udder secretion" of animals may be called milk. The same applies to the designations of milk derivatives as "cheese" or "butter". The draft law now stipulates that descriptive expressions such as "à la", "type" or "imitation" should not be permitted either.

Marco Contiero, EU Director for Agricultural Policy at the environmental organisation Greenpeace, called the decision for stricter rules for milk substitutes "disgraceful". The European Consumers' Organisation (BEUC) agreed with the criticism. BEUC food expert Camille Perrin said that the hope was now that the legislative proposal would not be able to prevail in the negotiations with the EU Council. The association, however, praised the decision against the ban on meat names for veggie products. In doing so, the EU Parliament had followed common sense, according to the association.

Some EU parliamentarians had criticized the discussion on the topic before the vote. "We consider the whole debate to be completely superfluous", FDP MEP Jan-Christoph Oetjen told the German Press Agency. "We are convinced that citizens can form their own opinion." After all, the consumer also knows that you cannot drink scouring milk, Oetjen said.

Agricultural associations in particular had previously massively advertised the ban on meat names for substitute products. The EU agricultural association (Copa-Cogeca) explained in a tweet that the approval of meat designations for plant-based alternatives would open Pandora's box. It spoke of damage to farmers and consumers, who would be confused by the unclear designations.

The German Farmers' Association (DBV) demanded "honest" product names for substitute products. At the beginning of October, DBV General Secretary Bernhard Krüsken called the choice of meat names for the plant-based alternatives a "strange form of free-riding". "Marketing that first brings the original into disrepute and then copies it in the designation is unfair," explained Krüsken.

It is not a matter of slowing down the veggie market, stressed Norbert Lins (CDU), chairman of the European Parliament's agricultural committee, before the vote. He did, however, call for clarity in the designations. "We want to protect the designation "pure" meat products, while the substitute product for meat preparations should carry the "veggie label"."

Green European politician Martin Häusling did not see any risk of confusion for consumers on the refrigerated shelves. He did not believe that there could be confusion between veggie burgers and burgers made from meat, Häusling said. He rather fears that the EU Parliament is in danger of ending up with a "second cucumber regulation".

The notorious - and meanwhile repealed - regulation on the permitted curvature of cucumbers is often cited by critics as an example of over-regulation from Brussels.

In Germany, meat designations for plant products are currently possible. According to the German Food Book Commission, the prerequisite for this is that there is a similarity between the products. This can be given by various criteria such as the intended use, consistency or even mouthfeel./ari/DP/jha (dpa)