Sergey Yeskov, Managing Director of Central and Eastern Europe, to transition into the role 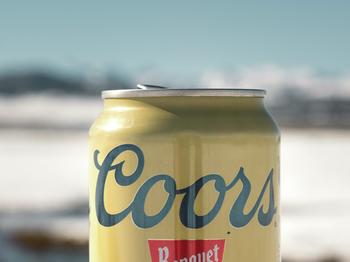 Photo by Jeremy Bishop on Unsplash

“Sergey’s well-rounded experience across geographies and business functions, along with his people-first approach, will be an asset to our Europe team and for our entire global business,” said Molson Coors president and CEO, Gavin Hattersley. “Under Sergey’s leadership, Molson Coors will continue to build strength for our people and for our business throughout the Europe business unit.”

Hattersley made the announcement from the company’s United Kingdom's head office this morning and was joined by Cox and Yeskov.

A native of Ukraine, Yeskov has held senior leadership positions for Molson Coors throughout the world – delivering impressive business results and building a strong reputation for his people-first approach. Prior to serving as managing director of CEE, he served as the president and CEO of Molson Coors International where he lived in the United States and oversaw operations in India, Africa, Latin America, Japan and many more markets throughout the world. He also served as chief sales and commercial officer in Molson Coors Canada. Prior to that, he led Molson Coors’ businesses in Croatia and Bosnia.

Cox retires after more than three decades in the beer industry. A master brewer by training, he worked for Molson Coors for 16 years where he led both supply chain and on trade sales teams, as well as the strategy function in the UK before going on to successfully run the UK business. He was subsequently selected to run Molson Coors Europe. During that time, he built an impressive record of success, including the acquisitions of Cobra, Sharp’s Brewery and Aspall Cyder.

“Simon has brought our European business to where it is today, and all of us owe him a debt of gratitude for what he has helped us deliver and who he has helped us become,” said Hattersley. “We will miss his conviction in our values and his unwavering commitment to prioritizing our people, but I couldn’t be happier that he will be able to relax, unwind and travel with his wife and kids.”

Molson Coors’ Europe business has performed strongly through September 30, 2021, essentially reaching 2019 revenue levels in the third quarter. The business plans to keep this momentum up by stepping up its European marketing investments.