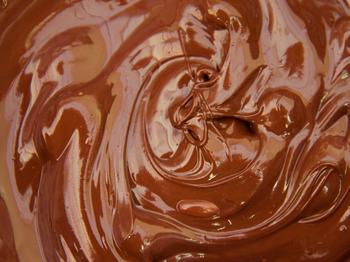 Fat-free chocolate milk processed for the first time with high-pressure jet technology exhibits enhanced viscosity, stabilizing cocoa particles in the fluid and eliminating the need for adding a controversial emulsifier.

That’s the conclusion of a team of Penn State researchers, whose study suggests that the new technology can preclude the use of carrageenan in chocolate milk. The widely used food additive — which helps keep the liquid smooth and well-mixed even after days sitting on a store shelf — is not desired by many consumers, especially in organic chocolate milk.

Although the U.S. Food and Drug Administration has approved the use of carrageenan, concerns about its safety remain, according to team leader Federico Harte, professor of food science. He noted that some scientists believe that the additive — a compound extracted from red seaweed — can cause inflammation and digestive problems such as bloating and irritable bowel disease. As a result, the additive is banned in infant formula in the European Union.

“This research is not about being against carrageenan — it’s about consumers wanting clean food labels with only ingredients they recognize,” he said. “And carrageenan definitely is not something they want in chocolate milk. We know that USDA has considered banning it for organic chocolate milks. Our results indicate that would be possible.”

As expected, carrageenan-free chocolate milk exhibited immediate phase separation of the cocoa powder, whereas formulations containing carrageenan were stable for 14 days, with cocoa particles not dropping out of suspension. However, the researchers observed increased stability with increasing jet processing pressure, with maximum stability achieved when chocolate milk was processed at 500 megapascals.

“We believe that structural changes in casein micelles — a kind of milk protein — and new casein-cocoa interactions induced by high-pressure jet processing increased cocoa stability in the chocolate milk,” Harte said. “Because milk protein seemed to be the major component enhancing cocoa stability in samples treated with this method, we conducted a second study to determine the effect of additional milk protein and high-pressure jet processing on the stability of fat-free chocolate milk.”

In findings recently published in the Journal of Dairy Science, the researchers reported that formulations with 4% “micellar casein” processed at 500 megapascals showed no phase separation over a 14-day storage period, stored at 39 degrees Fahrenheit. The addition of milk protein together with high-pressure jet processing at 500 megapascals resulted in a higher apparent viscosity that keeps cocoa particles suspended.

Because the use of high-pressure jet technology to improve the dispersion stability of cocoa provides the industry with a processing alternative to produce clean label, yet stable, low-fat chocolate milk, Penn State has applied for a provisional patent on the process and is working with a dairy food manufacturer to develop and scale it up.

High-pressure jet processing of food is a completely new concept, Harte pointed out, and he has been experimenting with the idea for about six years at Penn State. His work on the technology in a pilot plant in the Rodney A. Erickson Food Science Building is unique because it uses an intensifier pump the size of a subcompact car to spray milk through a diamond or sapphire nozzle. The liquid exits the nozzle as a jet of fine droplets that collide with the air, forming an aerosol.

Harte bought the equipment with funds from a National Institutes of Health grant a decade ago when he was a faculty member at the University of Tennessee and had it shipped to the University Park campus when he came to Penn State. “You won’t find this type of instrument in any university food science department in the U.S.,” he said. “And I don't know of any in other parts of the world, either.”

To appreciate the pressure developed by the pump that processes the chocolate milk, Harte offers this comparison: At the bottom of the Mariana Trench — the deepest point in any ocean — the pressure is 100 megapascals. “We are applying five times that pressure, 500 megapascals,” he said. “The liquid, as it leaves the orifice, is moving at Mach 3 — three times the speed of sound.”

The U.S. Department of Agriculture’s National Institute of Food and Agriculture and the National Dairy Council partially funded this research.