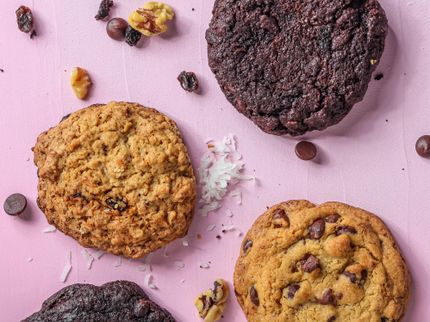 Photo by Julissa Capdevilla on Unsplash

A rose by any other name may smell as sweet, but a chocolate chip cookie labeled “consumer complaint” won’t taste as good as the exact same product described as “new and improved,” a new study suggests.

Researchers labeled identical saltine crackers and chocolate chip cookies as either “new and improved,” “factory typical” or “consumer complaint” for the study, and then asked participants to taste the food samples and judge each on likability, freshness and a range of other qualities.

The crackers and cookies labeled “consumer complaint” received significantly lower overall liking ratings than the samples labeled “new and improved.” This held true for both saltines – a neutral example – and the cookies, which the researchers considered an inherently positive food.

“We had both negative and positive bias – but the negative bias was much bigger. That negative context had more impact than saying ‘new and improved’ had on generating better ratings,” said Christopher Simons, associate professor of food science and technology at The Ohio State University and senior author of the study.

“On one hand, it’s not surprising. On the other hand, the degree of the impact was really surprising.”

The research is published in the journal Food Quality and Preference.

An estimated 70 to 80% of new food products fail, even when consumer testing has suggested they should be successful, Simons said – which is a sign that the methods used to gauge potential customer support might need an upgrade.

“One thing my lab’s really interested in is trying to better understand and be able to predict consumer behavior,” he said. “Currently, companies use humans as an instrument to better understand the sensory properties of foods and how they drive liking. We’re trying to understand our instrument so we can build a better one that may help reduce product failures and help companies deliver products that people actually want.”

The study tested the impact of food labeling on the human predisposition to find negative experiences more significant and memorable, but also underscored the tendency for people to be skeptical of claims that a product is better just because it’s labeled “new and improved.”

The researchers recruited 120 participants aged 18 to 70 from a database of panelists from Ohio State’s Sensory Evaluation Center. Samples of two crackers or cookies – from the same packaging sleeve – were placed on three plates. Researchers told participants they would be evaluating a major supplier’s current typical factory sample, a new and improved prototype and a sample that had received customer complaints.

After each bite, participants indicated their overall liking of the sample on a 9-point scale from “dislike extremely” to “like extremely.” They also completed additional ratings of positive and negative attributes that assessed, for example, how crisp and fresh the crackers were and the intensity of the cookies’ flavor.

“With the negative contextualized messaging, there were more negative attributes selected – people didn’t like it as much, it wasn’t as fresh. People had a more negative opinion of it,” Simons said. “The positive messaging slanted toward being more positive, but not nearly as much.”

There could be a lesson here for product developers, Simons said. Rather than optimizing positive attributes for a new product idea, perhaps there would be value in teasing out what customers perceive as negative and adjusting accordingly.

“If people are more sensitive to those taints, we can use it to our advantage as it relates to food,” he said. “You get a bigger bang for your buck by removing things people find negative than you do by optimizing those positive attributes. Take care of the negatives first and you’re probably going to have a more successful product.”

This work was supported by the U.S. Department of Agriculture National Institute of Food and Agriculture.

Co-authors, all from Ohio State, include Maria Cotter, Morgan Whitecotton and Devin Peterson.