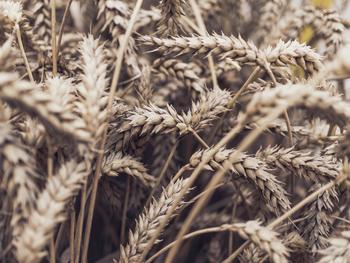 Photo by Daniel Hansen on Unsplash

In a landmark discovery for global wheat production, Helmholtz Zentrum München together with an international research team has sequenced the genomes for 15 wheat varieties representing breeding programs around the world, enabling scientists and breeders to much more quickly identify influential genes for improved yield, pest resistance and other important crop traits.

One of the world’s most cultivated cereal crops, wheat, plays an important role in global food security, providing about 20 per cent of human caloric intake globally. It’s estimated wheat production must increase by more than 50 per cent by 2050 to meet an increasing global demand. While the first complete wheat genome – a significant technical milestone – was decoded two years ago in 2018, the global wheat pan-genome is still unknown, preventing the application of relevant findings from genomics to global breeding.

Almost 100 scientists from universities and institutes in Germany, Canada, Switzerland, Japan, the U.K., Saudi Arabia, Mexico, Israel, Australia, and the U.S. collaborate in the 10+ Genome Project. Their latest research results, published in Nature, provide the most comprehensive atlas of wheat genome sequences ever reported. They sequenced 15 wheat varieties from around the world which will allow for further identification of genetic differences between wheat lines that are important for breeding. Scientific groups across the global wheat community are expected to use the new resource to identify genes linked to in-demand traits. “This resource enables us to more precisely control breeding to increase the rate of wheat improvement for the benefit of farmers and consumers, and meet future food demands,” says international project leader Curtis Pozniak from the Canadian University of Saskatchewan.

“We generated a prime example of global research aiming to solve a global issue”, says Manuel Spannagl from Helmholtz Zentrum München who is one of the project leaders on the German side. “Deciphering those genes among different wheat varieties that are responsible for the resistance to diseases like pest or to rising temperatures and droughts, has the potential to empower and accelerate breeding efficiency. Like this, international genomic research might help to meet the challenges posed by climate change and growing food demands worldwide.”