Films made of shellfish shells, essential oils, and nanoparticles to protect fruit from microbes 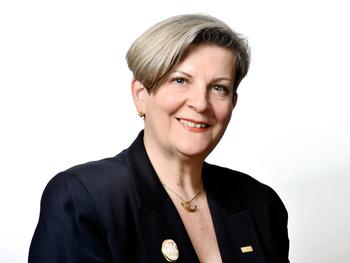 INRS Professor Monique Lacroix is an expert in sciences, applied to food.

Québec produces more strawberries than any other Canadian province. Strawberries are delicate and difficult to keep fresh. In response to this challenge, Monique Lacroix, a professor at at the Institut national de la recherche scientifique (INRS), and her team have developed a packaging film that can keep strawberries fresh for up to 12 days. The team's findings on how this film protects against mould and certain pathogenic bacteria have been published in Food Hydrocolloids.

The innovative film is made of chitosan, a natural molecule found in shellfish shells. This food industry by-product contains key antifungal properties that curb mould growth. The packaging film also contains essential oils and nanoparticles, both of which possess antimicrobial properties.

"Essential oil vapours protect strawberries. And if the film comes into contact with strawberries, the chitosan and nanoparticles prevent mould and pathogens from reaching the fruit's surface," said Professor Lacroix, expert in sciences applied to food.

Among other things, the packaging could be inserted into blotting paper the industry currently uses for strawberries.

The formula developed for this packaging film has the added advantage of being effective against several types of pathogens. The team tested the film on four microbial cultures. "Our work has shown the film's effectiveness against Aspergillus niger, a highly resistant mould that causes substantial losses during strawberry production," said Lacroix.

This type of bioactive packaging also showed antimicrobial efficacy against the pathogens Escherichia coli, Listeria monocytogenes, and Salmonella Typhimurium, which come from contamination during food handling and are a major source of concern for the food industry.

Professor Lacroix and her team also combined the packaging film with an irradiation process. When packaging film was exposed to radiation, team members noted longer shelf life, cutting the level of loss in half compared to the control (without film or irradiation). On day 12, the team recorded a 55% loss rate for the control group of strawberries, 38% for the group with the film, and 25% when irradiation was added.

Irradiation not only extended shelf life, it also helped preserve or increased the quantity of polyphenols in the strawberries. These molecules give strawberries their colour and have antioxidant properties.